Congregation M’kor Hayim’s Racial Justice Task Force was created in June 2020 following the murder of George Floyd. The goals of the Task Force are rooted in the Jewish values of Tikkun Olam (Repairing the World), Pikuach Nefesh (Saving a Life) and B’tzelem Elohim (In God’s Image).  We aim to fulfill these goals through education, advocacy and participation in activities for Racial Equity, Inclusivity and Justice.

We hold virtual monthly meetings to educate ourselves about the Black experience. In the past year topics have included: anti-racism training, voter suppression, reparations, a virtual Civil Rights tour, the Harlem Renaissance, the history of Black Tucson and the legacy of the Confederacy.

Our advocacy work has included:

Participation in the work of the Task Force is not limited to M’kor Hayim members.  For more information email CongregationMkorHayim@gmail.com. 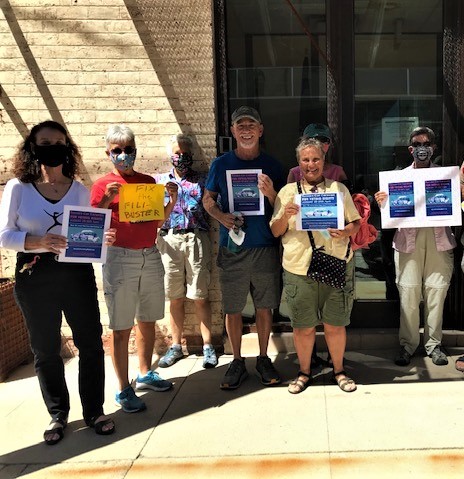 MH members at the the Tucson Car Caravan for Voting Rights